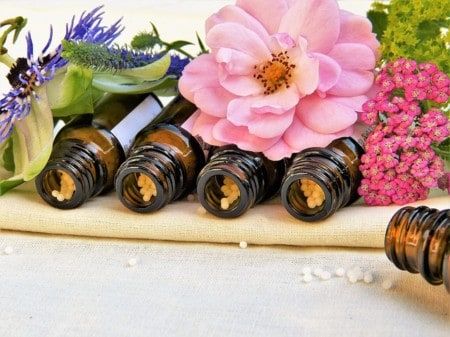 Similar to a conventional doctor, the alternative practitioner also has a so-called freedom of therapy. The Heilpraktiker is allowed to do everything that has been forbidden or restricted by guidelines, laws, court rulings or regulations. Heilpraktiker pursue thereby however the exclusive naturopathy.

The profession is characterized by a long tradition and folk and naturopathic experience. Since the healing profession is state-approved and democratically legitimized, many health insurance companies already offer supplementary insurance for alternative practitioners.

Working on a holistic basis

Naturopaths work on a holistic basis. Not only the symptoms of the patients are treated, but also their relationships and integration with the wider and closer social environment. Holistic medicine does not view a patient’s mental and organ function in isolation; rather, it encompasses the complexity of the clinical picture when determining the cause of mental and organic disorders.

The naturopathic therapy methods also speak about self-regulating forces of the organism. These medical healing methods serve the prevention, healing or also only alleviation of the illness. Until a few years ago, naturopathy was still smiled at and sometimes even fought against. However, numerous successful therapies are now even finding scientific confirmation and so now more and more orthodox physicians are also professing their support for this gentle medicine.

How do the therapies work?

All methods of alternative treatment pursue the goal of promoting and stimulating the natural healing process. This is done in the gentlest possible way. The alternative practitioner relies primarily on indigenous and foreign medicinal plants. However, so-called homeopathy is only one of several naturopathic therapy options. Acupuncture is also one of the well-known and frequently used therapies. There are no known side effects of acupuncture so far. Especially in chronic pain conditions it can achieve very great successes.

Less known, but also part of naturopathy is Baunscheidtism. This is an elimination procedure through the skin. An artificially created skin stimulus with the Baunscheidt device eliminates harmful substances and stimulates the body’s own defenses. Neural therapy is one of the highly effective therapies. Here, a local anesthetic is injected into the skin, muscles, connective tissue, blood vessels or nerve endings.

A non-medicinal, long known and rapidly effective procedure is also bloodletting. Especially for blood thinning this method is used, also in the context of naturopathy. Another method is the treatment with the patient’s own blood. Through this therapy, the lymphatic and blood systems are drained and ultimately eliminated with a noticeable activation of the body’s defenses.

The body heals itself

In addition to the above therapies, you can also add, for example, healing leech therapy, chiropractic or cupping. But regardless of the therapy, alternative practitioners always work without chemicals and only with substances that are available in nature or are endogenous to the body. Heilpraktiker set on the fact that the body heals itself best, if one supports it approximately thereby. Therefore, a supplementary insurance for alternative practitioners is a good option for holistic health.