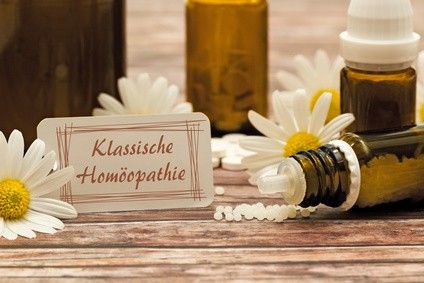 Studies on the efficacy of homeopathy

Homeopathy is repeatedly in the crossfire of criticism among scientists. And yet many patients are convinced of the efficacy of homeopathy and homeopathic remedies.

It has been about 200 years since German physician Samuel Hahnemann pioneered alternative medicine with the principle „similia similibus curentur“ (similar things should be cured by similar things). The principle is simple: a drug that causes certain disease symptoms in a healthy person should help a sick person cure that very disease. However, since some of these substances are highly toxic, they can only be administered in highly diluted form.

It is precisely this dilution that repeatedly leads critics of homeopathy to call the healing method implausible. Alternative healing methods and therapies are often criticized. In fact, a D6 or C3 potency – a common form of administration – contains the remedy at a dilution of 1:1.000.000. In even higher potencies, the substance is almost undetectable in the solvent.

Homeopathy as an alternative healing method

And yet more and more people are turning to homeopathic remedies. An Allensbach study from 2009¹ reports that a good half of the German population has already had experience with homeopathy. 25 percent are convinced users and only a few completely reject homeopathy as an alternative healing method. Increasingly more orthodox doctors also offer homeopathic treatment. The number of medical specialists taking a continuing education course in homeopathy is steadily increasing.

Even though a quarter of users repeatedly derive positive benefits from homeopathic treatment, homeopathy is still suspected of not being effective.

Studies on the effectiveness of homeopathy

Scientific studies have not been able to prove beyond doubt that homeopathy can really heal. It is a placebo effect that arises from the belief in the healing effect. The empathic relationship between the therapist and the patient contributes to the healing process (only a quarter of homeopathic remedies are prescribed, three quarters are bought directly from the pharmacy). Also a spontaneous healing is often suspected when looking for an explanation for the effectiveness of homeopathics.

In order to free homeopathy from prejudice, medical experts are calling for a serious scientific examination of the subject. The German central association of hom?opathischer physicians (DZVhÄ) would like to intersperse for it with the Federal Government a promotion program for Hom?opathie research.