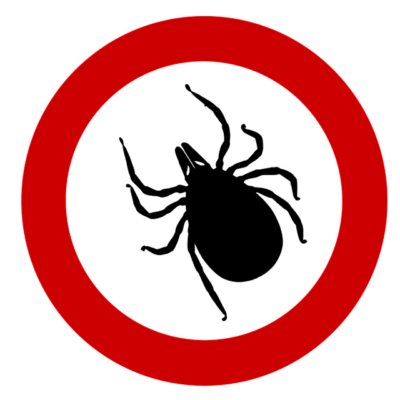 Ticks: What diseases do they transmit?

Many people like to exercise outside their homes in the countryside. But here the risk of a tick bite is often very high.

Such a tick bite can be harmless – but only as long as the tick does not carry pathogens in itself.

Especially in Switzerland, the transmissible infectious diseases such as Lyme disease and early summer meningoencephalitis are of importance.

Rarer are the diseases anaplasmosis, rickettsiosis, babesiosis, neoehrlichiosis, as well as the infectious disease called tularemia.

Infection with a group of certain Lyme bacteria can ultimately lead to the infectious disease Lyme disease.

Various organs can be affected – for example, the skin, the joints, the nervous system and, unfortunately, rarely also the heart.

The treatment and possible long-term damage

After the transmission of the pathogens is to act quickly. Lyme disease can be treated with the administration of antibiotics.

If the disease remains undetected or is insufficiently treated, the consequences can be permanent damage.

Infection with the TBE virus can lead to the infectious disease called early summer meningoencephalitis, which is also known as tick-borne encephalitis.

Often, however, the infection goes undetected and also symptom-free.

However, if the disease occurs, it is typically divided into two phases.

In the first phase the disease manifests itself with flu-like symptoms.

In the second phase of the disease, neurological symptoms occur, such as headaches, dizziness, sensitivity to light, as well as concentration and walking disorders.

In about one percent of cases with the appearance of neurological symptoms, the disease leads to death.

The treatment of the disease

Unfortunately, causal treatment of TBE is not possible. Instead, the tick vaccination against TBE is recommended, which is very effective.

Which tick species transmit these pathogens?

The most common in Switzerland is the so-called „common wood tick“ occurs. It is mainly active between the months of March and November.

Among other things, this type of tick transmits the diseases TBE and Lyme disease.

In addition to the common wood tick, there are other tick species that are considered carriers.

For example, the ticks of the genus Dermacentor, Rickettsia or the genus Francisella also transmit bacteria.

Which body parts do the ticks attack?

A tick bite can occur anywhere on the body, according to a specialist in microbiology.

However, it is known that ticks especially love the skin areas that are either soft, moist, well supplied with blood or thin.

The following body parts are therefore highly prized by ticks:

Bacteria of Lyme disease are usually transmitted some time later.

Say: Twelve to twenty-four hours after the tick bite or after the start of the tick’s sucking process.

This means that such an infection can be prevented by acting appropriately quickly and by early removal.

Prevention of a tick bite

Vaccination
As mentioned earlier, it is possible to get vaccinated against the TBE virus.

Avoid tick biotopes
Ticks can lurk in hedges and bushes, for example. They also like to stay on clearings and forest edges.

Closed clothing and long pants
By following this tip, you make it more difficult for ticks to cling to you when the grass is tall.