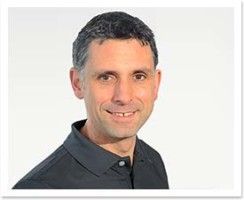 Second opinion: When is an operation really necessary??

“We have to operate on the intervertebral disc” or “You need a new hip joint”. What sounds like a clear diagnosis often leaves the patient uncertain. Is surgery really necessary? Is there no other solution?

“In the case of a procedure that can be planned, I recommend that every patient get a second specialist opinion before agreeing to surgery,” explains Priv.-Doz. Dr. med. habil. Johannes Schauwecker. “Of course, a second medical opinion is only worthwhile if the second doctor has a great deal of experience in the relevant specialist field. But then it can avoid a misdiagnosis or simply dispel doubts in the patient and make him feel better,” advises the specialist in orthopedics and trauma surgery from the Orthopedic Center Munich East (OZMO).

Dr. Schauwecker: “Especially in the case of major interventions, such as joint replacement surgery, a professional second opinion plays an important role.”In this situation, the patient is often at a loss as to whether the recommended surgery is necessary and will really bring improvement. “The patient’s doubts are partly justified, because often a decision is only made on the basis of the X-ray image and surgery is advised,” explains Dr. Schauwecker.

On the pictures the physician could recognize however for example only the wear signs of the joint. “Decisive criterion is however always the suffering pressure of the patients. If the level of suffering is not yet so high or if non-surgical therapy options have not yet been exhausted, then surgery may be too hasty and thus unnecessary,” says Dr. Schauwecker. According to the renowned orthopedist, it makes a decisive difference whether, for example, a patient is a 30-year-old dancer who has to practice her profession or an older woman who mainly wants to walk her dog. “For the elderly lady, probably a physical therapy would be the better means of choice.”

Any 3. orthopedic surgery is actually not necessary

Experts estimate that one in three orthopedic operations in Germany is not actually necessary. Artificial joints are inserted too often and too quickly, especially at the knee and hip. It is also noticeable that in some regions of Germany, significantly more operations are performed than in other areas. These differences cannot be explained by regional differences in the number of patients. It is therefore important for
the patient concerned to find the right doctor and surgeon.

Dr. Schauwecker: “In general, every patient is free to choose which doctor he or she wants to see. However, a patient should ask exactly what experience the surgeon has and how often per year he performs the surgery in question. It is advantageous if the doctor is an Endocert-certified main surgeon, i.e. can demonstrate the corresponding routine and competence. This also guarantees the patient that both the surgeon and the clinic adhere to strict guidelines and standards.”

The independent White List of the Bertelsmann Foundation, for example, offers help in finding a doctor. Dr. Schauwecker: “In the end, the patient should choose the doctor he trusts and feels comfortable with.”Patients who seek a professional second opinion usually do not have to undergo all examinations again, but bring their initial examination results with them. Since the Care Strengthening Act passed by the Bundestag in 2015, every patient has a right to have all documents and results of the initial examination handed out. Also costs arise to the patient usually not, since the obtaining of a second opinion is taken over by the health insurance companies – which is also in their interest, since thereby possibly an operation can be prevented.

However, the right to a second opinion only applies to procedures that can be planned and are “quantity-prone”. This refers to operations whose number is increasing noticeably in Germany and for which it cannot be ruled out that financial motives are behind the surgery recommendation. Typical examples are orthopedic procedures such as back, hip and knee surgeries.

Furthermore advises Dr. Schauwecker encourages patients to think about the surgical techniques and discuss the various options with the second opinion physician. “Especially for hip surgery, you should definitely consider minimally invasive surgery,” says Dr. Schauwecker. The reason: according to a study, important muscles are cut in 50 percent of all hip replacement surgeries. In contrast, the minimally invasive surgical method, which is performed directly from the front and is called AMIS access, is often the only way to get to the hip joint without major damage. Advantage for the patient: smaller skin incision, less blood loss, no severing of large muscle groups, faster rehabilitation.

Dr. Johannes Schauwecker is an experienced specialist in innovative arthroscopic therapy procedures and minimally invasive joint replacement at the hip and knee joint. Dr. Schauwecker studied medicine in Berlin and Munich. In 2003, he began his residency as an orthopedic and trauma surgeon at the University Hospital rechts der Isar, which he continued at the Dachau Clinic and later again at the University Hospital rechts der Isar.

Since 2010 Dr. Schauwecker specialist in orthopedics and trauma surgery. In 2012, he became a senior physician and in January 2016, he became chief resident. Already at an early stage Dr. Schauwecker has specialized in the treatment of hip and knee joints. Especially the holistic view of his patients and the exhaustion of non-surgical therapy measures are important to him. For this reason, he also successfully completed the additional training for manual medicine and chiropractic therapy. Due to his great experience and competence, Dr. Schauwecker has been a certified principal surgeon for joint replacement operations for four years.

Dr. Schauwecker has published numerous scientific papers in national and international journals. Due to his outstanding competence and experience, Dr. Schauwecker has been in great demand for years for scientific lectures and as an expert examiner at the Bavarian Medical Association. After twelve years of work at the University Hospital rechts der Isar and more than 3000 surgeries Dr. Schauwecker the Orthopedic Center Munich East (OZMO) since October 2017.